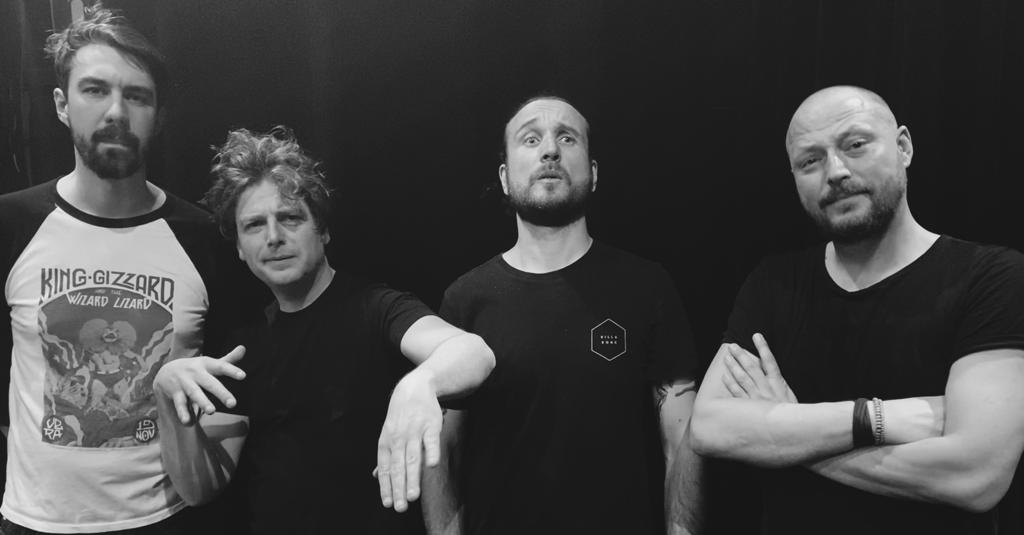 THE RG’s will surprise you with a juice drippin’ blend of very solid “melody-driven-Postpunk-Postgrunge-Noiserock”!

Since it’s inception, somewhere back in 2013, Belgian band THE RG’s are spreading their love & adoration for the mainly heavier songs throughout the musical universe.
The band was able to play numerous shows in clubs, festivals and (music) bars in Belgium & the Netherlands. If you catch them live, you may expect a well-aimed blow to the jawbone making your eardrums tremble like never before …

During 2015 the band decided to release a first full self-titled record, which was recorded at the Barefootstudio (Pittem – BE).
In 2017 the band hit the studio again (this time at the Number Nine Studios Ghent – Be) to record their second album, called ‘The Cricket Sound’, which was produced by STAKE’s frontman Brent Vanneste, followed by superbe reviews in Belgium, the Netherlands and even the UK.

After these releases many shows followed and the band was joining stages with Belgian bands such as STAKE, King Hiss, Raketkanon, MIAVA, Tangled Horns, The Sha-La-Lees, La Jungle, Wallace Vanborn and some international acts like Messer Chups (RU), Feeder (UK), The Virginmarys (UK), Iguano Death Cult (NL), Bird Of Joy (NL) & many others…

New record your head on a stick!

During the pandemic-years, the band started writing on a brand new album, this in collaboration with Dominiek Hoet (King Hiss) as producer. 9 songs where recorded and mixed at Studio Scampi in Waardamme (BE) and mastered by Arjan Bogaert at Barefootstudio. The artwork was provided by the talented Planeet Janus (Kortrijk).
“Your Head On A Stick” was released by POLDERRECORDS digital and on cd on December 17th, 2021. A vinyl release is planned for autumn 2022.

Since January 2022 Sebastiaan Hoet joined the band as an extra guitarist! You might expect some heavy, energetic & powerful tunes & moves on stage …

Your Head On A Stick